← more from
Agogo Records
Get fresh music recommendations delivered to your inbox every Friday. 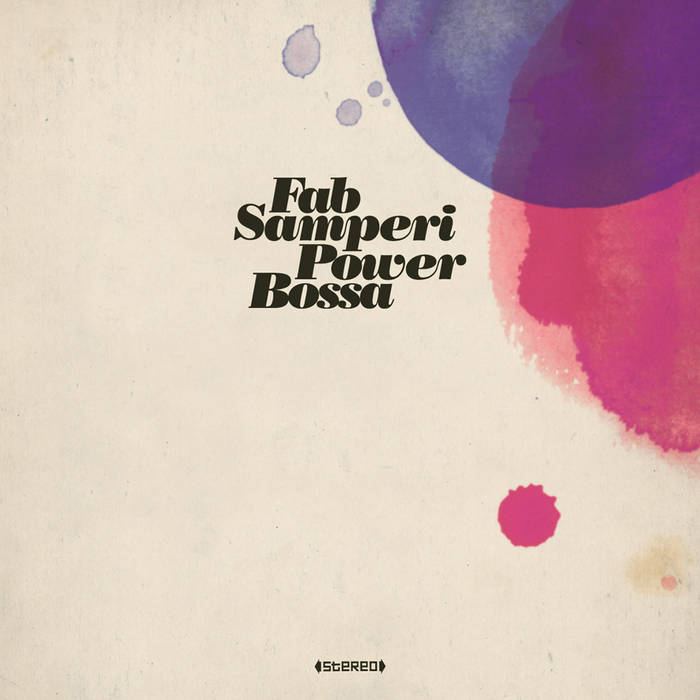 Rebecca Hosking There is no resisting the infectious get-up-and-dance rhythm of this super-groovy album Favorite track: Listen Up feat. Jonathan Molina.


'Power Bossa' is the introduction to Fab Samperi's definition of a boombastic jazz style. Fearlessly and creatively picking up inspiration from the golden decades of classic rhythm & blues, latin, hip-hop and soul Sicily's most prolific producer releases his first full album.
Growing up in Catania during the late Seventies and Eighties Fab Samperi was born into a household full of funky grooves. While his father was a serious collector of jazz records, Fab got to know his brother's soul collection inside out when he was treated to all night vinyl sessions. Over the years Fab started to travel the world, living in Japan as well as Australia and learned his trade by playing a genre-bending mix of funk versus afro meets hip-hop on stage with the Outbound collective.
Returning to his home country by the turn of the millennium Fab Samperi released his first solo tunes on Record Kicks and Afro Art. Using the The Samp Brothers as his alter ego the 'Alcoholic Drinks' 12inch vinyl still enjoys something like a cult status among the more eclectic DJs around the world. This was a fresh sound transferring the best of Acid Jazz into the new decade while keeping a true soul spirit alive. Think of Dream Warriors and Gang Starr with Young-Holt Unlimited as the backing band. And we do not disclose well-kept secrets in revealing that Fab Samperi is the mastermind behind The Captain's highly productive output of vinyl singles.

Now we have 'Power Bossa' and what a powerful statement it really is. Fab Samperi recorded the album in as many as six countries. While kicking off with 'In The River', playlisted on the BBC and sealed by Craig Charles featuring the man Samperi himself on flute (yes, he is a well-studied multi-instrumentalist playing keyboards, drums, guitars and brass!) the mighty John Turrell from Newcastle England puts his distinctive northern soul voice on 'Everyman'. Samperi's close connection to Smoove & Turrell is no coincidence. With their organic approach to the music they love this is a natural connection. Bella Wagner from Vienna, vocalist on 'Stand Back', already recorded with Patrick Pulsinger and Bahama Soul Club. Jonnathan Molina on the other hand is a new face on the block. His voice for 'Listen Up' keeps the fire burning with an authentic soul twist.
'Red Bossa' is a liaison with Mattew Rasbash aka Spasmo, an English producer with an incredible knowledge of cinematic jazz, dramatic bossa and obscure jazz-rock. Holding the pace but adding a breathless rap flavour to 'Brand New Day' Joelistics aka Joel Ma of the Australian TZU crew takes us back to the age when hip-hop was what it all was about: lyrical vitality, an open mind and pure energy. The instrumental version of 'Alcoholic Drinks' is a trip way back into Fab Samperi's history, but it still sounds fresh today. It blends nicely into 'Jazz Di Mezzaluna', an authentic piece of Mediterranean Jazz featuring a solo by Andrea Beneventano, one of the national top players on the piano. Rounding up this jazz intermezzo on 'Power Bossa' is 'Spaghetti Samba', Samperi's early single on Record Kicks featuring the vocals of Igor Gazatti aka Zion from Recife in Brazil. Soul brother John Turrell makes his return on 'Heaven Sent', again this was recorded with Smoove at his Ashbrooke Castle studios in downtown Newcastle.
'BB Funk' kicks in with a haunting bass line courtesy of the man Fab Samperi himself: 'People think there is a lot of sampling in my music, but it is not. This bassline, for example, was played and written completely by myself.' And while Samperi is not only an expert musician himself, he is also busy remixing tunes for other artists. The French freakbeat of 'Papillonne Sur Moi' is an example of his recent output, commissioned by fellow Italians Montefiori Cocktail & In-Grid.

Closing the album Samperi reunites with Andrew Donikian aka Diamond Poet and revives the Outbound era with 'When I Wake Up.' The music may have evolved since then, but the message in Fab Samperi's music has not: 'The message behind it is that I believe in a multicultural world, where people can live their lives in peace, with no racism, and no war.' This statement is as simple as it is true: Peace, love, unity and having bossa!

"Fab has proven himself to be the king of bossa funk but there is allot more to fab than we know...just watch him go!!!"
(Smoove)

"Without any doubt Fab Samperi is one of the leading NuJazz artists in the world"
(Maxim Illion & Kitty the Bill, Club des Belugas)

"I am a great fan of Fab and his music, which turns the dancefloor on fire time after time.
Keep up the good work!"
(DJ Maestro)

Bonobo stops by to talk about his new record Fragments